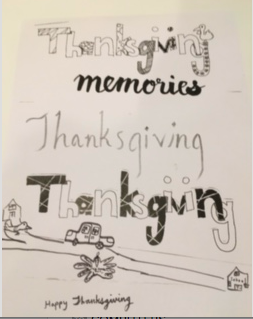 FROM OUR HOUSE TO YOURS BY THE GRANDGIRLS
Here's one of my memories about meeting the cute guys at the Thanksgiving conference when I was a senior in high school in 1955:
Our Japanese immigrant parents regularly set up youth conferences and sports activities for their children to meet other young Nisei. My grandpa and parents often gossiped about wayward children who dated and married someone outside the Japanese community (of course) discrimination played a role.
Thanksgiving, 1955, I was 16, living in Ontario, an eastern Oregon farming community with about 5,000 population.
The annual Japanese Methodist Northwest Youth conference held every Thanksgiving weekend drew about 100 youths from Spokane, Tacoma, Portland, Seattle and Ontario. Last year, my friends came back from Spokane with pictures, wrote letters and talked about the cute guys they met.
The 1955 conference was scheduled for Tacoma. I was excited to attend. My family was poor, so I believe our church must have paid my way.
I borrowed a suitcase and packed my only party dress. I wore my one Pendleton skirt, cashmere sweater with matching socks and saddle shoes. Margaret, Reverend Fujimore and I boarded the Union Pacific passenger train in Ontario, heading west. Six hundred miles later, we got off at Tacoma, WA on Puget Sound.
Margaret and I were assigned to the Shintani house with Patti Warashima from Spokane. The latter is now a famous Seattle sculptor and taught at the University of Washington art department. Roger Shimomura did the conference graphics and became a nationally-known artist and retired as a University of Kansas professor.
My Ontario friend was later a national JACL queen. She drew a lot of attention from the boys. She is currently a high-end San Francisco fashion designer.
I don’t remember the religious messages, but I do remember Frank from Tacoma, along with Spencer and Gary from Spokane. For most of the three days, we noticed each other and played coy; ending up exchanging addresses and corresponding for a while after the conference.
After completing college and getting married, I began life in Seattle. I was hired by the UW Library Special Collection in 1970 to document the Nikkei experiences in the Pacific Northwest.
I found similar social experiences spanning the generations in my own family. There are the YPCC (Young People’s Christian Conference) photos in 1930. My dad, Sago Miyamoto is in one of the pictures from a Tacoma gathering. Hana Masuda, wife of Min Masuda PHD who began the Japanese Collection in 1970, told me stories of the fun she had at these conferences.
Going forward to 1980, our daughter, Lynette, is in one of the photos of the GYOP (Group of Young People) conference when her Seattle Methodist church youth made the reverse trip from my 1955 trip in 1980 - to Ontario from Seattle.
Each young people’s conference was highlighted with social events. Non-Methodist local youths came to the skating parties and the Saturday night dance after the concluding banquet.
At the dances, the guys were on one side of the church gymnasium and the girls on the other. Mostly, we girls sat and waited for the guys to come all the way across the room to ask us to dance. Glenn Miller’s “In The Mood” or Eddie Fisher’s “Dungaree Doll” were the most popular. Once in a while, two girls would get up and dance on their own.
I met and danced with Chuck Kato at the 1957 Portland conference. Seventy years later, in the 1990s, Chuck was one of the four founders of our Japanese Cultural and Community Center’s Omoide (Memories) project and writing group, documenting and preserving stories of our heritage values for the children of the future.
Religion remains a strong cornerstone for creating community and connections. I am thankful for this 2018 holiday season, bringing back memories for a fulfilling life. We invite you to come to our Omoide program, each third Saturday of the month—except next month (December) –to share your memories with us as well! Just contact as at JCCCW.org