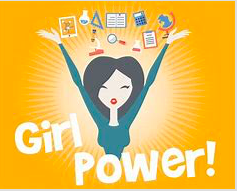 USING IT TO EMPOWER OTHERS!!

Sam was not typical of those of us with Japanese Heritage who hoped to have sons to carry on their family name and traditions. He wanted his wife and daughters, to develop our talents. He didn’t mind not having sons. That was clearly disappointing to his traditional Issei(first generation) father who prided himself in having four sons to carry on the Goto name. Sam’s clarity about the value of women came from a strong and caring Nisei(second generation) Mother.

Early in our marriage, I wasn’t aware of Sam’s push for female power in our relationship and parenting. But, I do remember how he talked me into starting the Japanese Collection at the U of W Library Archives. There was also an incident in 1973 with our second daughter that highlights Sam’s passion and how he would not allow anyone to hold back her creative energy.

It was 1970, almost ten years after we married in 1961. Sam had opened his own Dental Lab business in Seattle’s Medical Dental Building the year before - he was adamant about working for himself. I was happy to be a stay-at-home mom with our six-year-old and three-year-old daughters.

The phone call seemed to come out of the blue from Dr. Minoru Masuda, a Psychiatric professor at the U of W Medical School. I didn’t know him nor had heard of him. He asked me to consider the part-time job, “We are starting a Japanese Collection with the University of Washington Library Archives Special Collection. We want to document the Japanese Experience in the Pacific Northwest. I understand you speak some Japanese?” I’m sure he explained more, but I didn’t have any interest and felt unqualified.

I was a Public Health nurse and I hadn’t come close to thinking about history. I answered, “No thank you.” I didn’t even think to ask who had recommended me for the job nor did I have any over-all thoughts about the Japanese community activities yet. I had grown up in Eastern Oregon and gone to college in Portland; therefore, I was new to the Seattle Community.

After I hung up, I told Sam about the call and he suggested I think about it more. He said, “I think it sounds like something you should try.” asking me to call back. At that time, Sam understood me better than I did myself. I was flattered that he thought that of me.

I had never been to an archive so I had to ask how to get there. Karyl Winn was the newly hired assistant director of Special Collections and Rich Berner was her boss. The other collection started was the Jewish Collection. My orientation was, “Go out and find information that documents the Japanese here in the Pacific Northwest,” and I was shown a couple boxes of papers that were already at the Archives. Sam bought me a tape recorder and with his help I began tape-interviewing people in the Japanese Community and got referrals. I worked for a year or so until the grant funds ran out.

By 1973, Kelly was almost six-years-old and we moved into our new house on Mercer Island where she started first grade. Mrs. Wheelis was the teacher and all the neighbors told me she was an excellent teacher.

Kelly had a great preschool and kindergarten experience so we were surprised when she was sent to the principal’s office those first couple weeks. Three weeks into the school year we went to a parent evening and met the teacher. She informed us that, “Kelly was not listening to directions and needed to be put down a peg or two.”

My reaction was to be patient and work things out, but Sam immediately decided his daughter was not going to be treated like that and he pulled her out of the class and reenrolled her at West Mercer.

Evidently, in Sam’s childhood, a first grade teacher had made him do something in front of the class and he wet his pants. He said, “She also forced me go out and play with the girls and gave me a spanking because I wouldn’t.”

Kelly Goto is keeping her name and her 9-year-old daughter doesn’t want to use her birth name and signed “Kaori Goto” on their 2018 Christmas Cards. The Goto girls will carry on our family name well.
Email