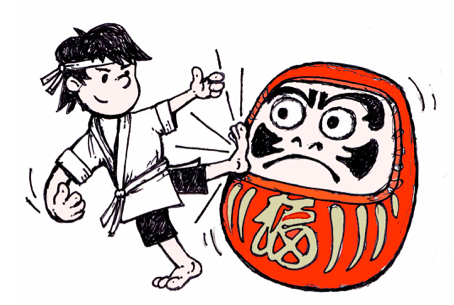 NANA KOROBI, YA OKI
FAILING/FALLING 7 TIMES, GETTING BACK UP 8 TIMES -sg
Last Sunday, I was treated to lunch by Chef Tak. He explained, "In the restaurant business our day often starts later in the day. Regardless of the evening hours, the proper greeting is 'Ohayo Gozaimasu' or the direct translation of Japanese, "Good Morning."

Chef Tak further explains that his coworkers must have the attitude of 'getting up' and being of service.

The above drawing by Sam Goto hangs prominently above my bed. It's time for me to awaken, get up, and refine my new life.

Bodhidharma was a Buddhist monk who lived during the 5th/6th century AD. The history of the Daruma starts with the monk, but has been commercialized. For my purpose it symbolizes goal setting and persistence. Goal setting was explained in a previous blog. Persistence is symbolized by the weighted bottom so when knocked over, the doll rights itself.

Last night, I explained to Michelle, "Don't be afraid to fail." We are therefore practicing the skill of getting up again. 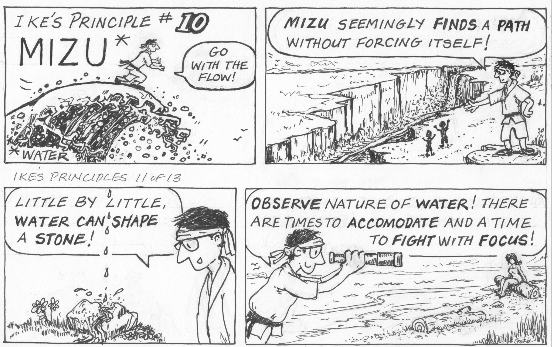 USING THE EXAMPLE OF WATER
TO FIND OUR OWN PATH IN LIFE
We’re in the rainy season here in the Seattle Northwest. When the rivers are overflowing in the wrong places, water is not appreciated. But appreciating water scenically, hydrating nature and harnessing the power of water is how we live well.

The same goes for the “energy” that we all have for making decisions, communicating and getting things done. It helps us live well.

The difference between water & energy is that we can see and feel water. On the other hand, we can’t see energy, but we can produce it - going with the flow, persisting, focussing:-) 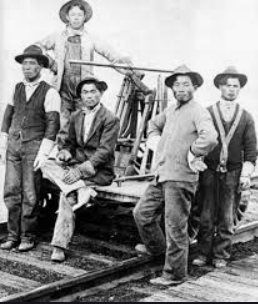