Your Best Partner for the Best Building Materials

Connecting with Japanese History in Seattle 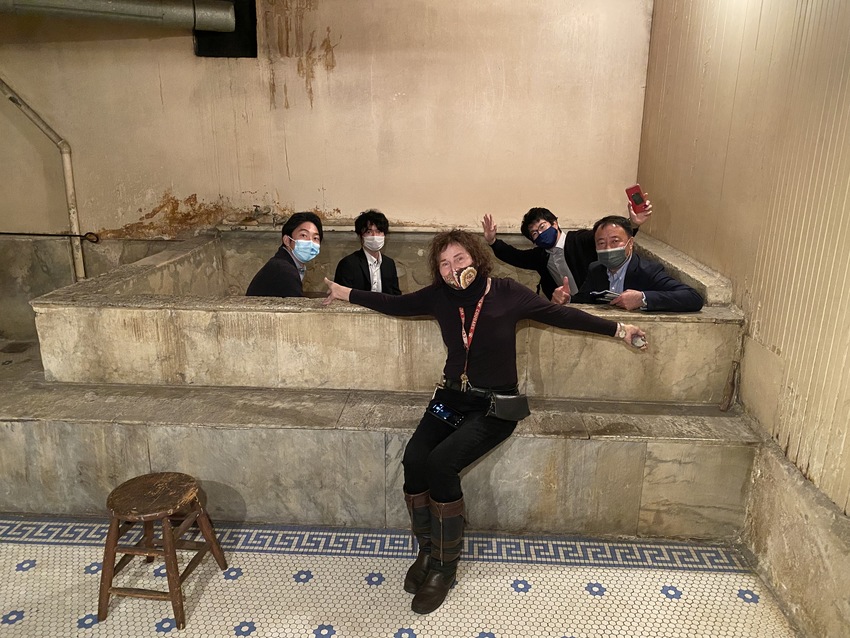 Members of Interra USA is spending time at the Japanese public bathtub, with Jan Johnson, owner of the Panama Hotel and the Tea House. They visited there to learn about the hotel on September 28th.

Connecting with Japanese History in Seattle

Do you know that there is Japantown in Seattle’s International District?

Probably the first thing that comes to your mind when you hear “International District” is Chinatown. However, the place also has a link to Japanese history that not many people talk about.

Surprisingly, the sento still exists to this day. Though it’s no longer used, it is preserved at the Panama Hotel Tea and Coffee House.

The hotel has gone through financial difficulties due to the pandemic.
Now, the hotel rooms reopened, and the café operates normally.

However, that’s not true.

Jan Johnson, owner of the Panama Hotel and the Tea House, has been looking for somebody that can take over the Panama Hotel. Unfortunately, she hasn’t have found anyone, who is willing to preserve the sento and the hotel rooms the way they are.

If there were no choice but to give up the Panama Hotel to a company that seeks lucrative business by turning the hotel into something completely different, the story about the Japanese immigrants in Japantown would fade away. As a Japanese company, we cannot let this happen.

After they had tasty coffee at the café part of the Panama Hotel, Johnson showed them around the sento, the kitchen, and the hotel rooms. She also showed them luggage that Japanese immigrants left when they were forced to move to the World War II internment camps.

“Everything there is not just part of Japanese history but also part of someone’s important memory,” said Tsuboi. “If it’s possible, I want everything to be preserved like it’s always been.”

Preservation of the Panama Hotel is costly. Unless a company or someone that can afford to maintain the hotel condition shows up, it’s likely that the hotel is going to vanish in the near future.

As a Japanese export/import company that sells Japanese building materials, we could offer our products to the hotel. However, Johnson is not wishing to renovate or rearrange the hotel.

All we can do right now is telling the story about the hotel and bringing the awareness that hotel is on the verge of vanishing.

The story about the Panama Hotel should continue to be told visually and verbally.