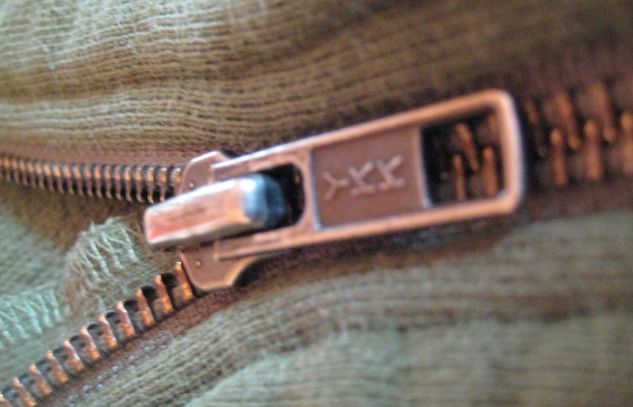 IT'S FUN TO LEARN SOMETHING NEW!
There is a traffic merging advertisement on the back of an Olympia Beer truck on I-5 that has changed my thinking about merging where we lose a lane or have to get over to make an exit.

I’ve always looked at drivers who wait to the last to merge with disdain and often participate in blocking their access. I have learned that traffic flows better when one drives to the end of the possible merge and “zip merge” smoothly. It may even be a law that we let in cars that are trying to merge. The result is less backup traffic and emotional stress.

I have changed my thinking.

This brings me to the subject of “unzipping”. There are a host of life situations where greed, anger and stupidity keep us backed up in the traffic of life. 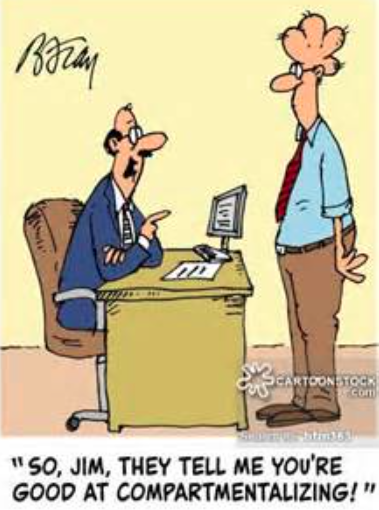 "This was a busy week. Was it just last Sunday, the Las Vegas shooting?" Lori said.

At our Japanese Cultural & Community Center board meeting, we were asking Lori Matsukawa, King5 TV anchor, "How do you manage your work, all the volunteering you do and the constant asking for pictures with you when you are out?"

"She's good at compartmentalizing," was the conclusion.

I came home and did some more research on the subject of "compartmentalizing", thinking it is something we should all learn to be successful. I find this is also how people like the Las Vegas shooter can do such an evil thing.

Here's a definition I looked up: "It involves consciously or subconsciously suppressing or "compartmentalizing" or "sectioning off" upsetting thoughts and emotions in order to justify engaging in certain (sometimes questionable) behaviors."

Wow! I still think this is also a good way to handle all that life brings and lead a successful life. 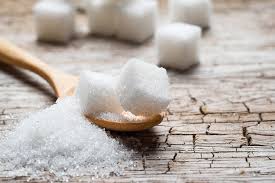 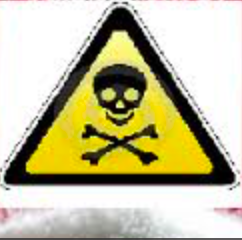 We heard Pediatrician, Dr. Robert Lustig, on radio. He has a great video at www.robertlustig.com about the seven differences between PLEASURE and HAPPINESS. His list for attaining long term happiness rather than just short term pleasure suggests: CONNECTION, CONTRIBUTION, COPING, COOKING.

According to Lustig in his book, FAT CHANCE: BEATING THE ODDS AGAINST SUGAR, PROCESSED FOODS, OBESITY AND DISEASE, "Sugar is now the most ubiquitous foodstuff worldwide, and has been added to virtually every processed food, limiting consumer choice and the ability to avoid it. Approximately 80 percent of the 6,000,000 consumer packaged foods in the United States have added caloric sweeteners."

LIFE IS THERAPY, LIFE IS MAKING THE ADJUSTMENTS NECESSARY FOR HAPPINESS!!

Lustig's latest book - THE HACKING OF THE AMERICAN MIND suggests, "There is nothing that will improve your health, your well-being, your achievement, your sense of accomplishment, your sense of community, and the health and happiness of your family as much as cooking yourself and enjoying a meal with others."

People like Dr. Lustig further confirms Goto-Health's commitment to good nutrition in the form of good choices, good cooking ourselves and good supplementation. Supplementation because the statistics also show there is no way we can get the nutrients we need from fast foods and grocery store choices. I intend to get one of Lustig's books. 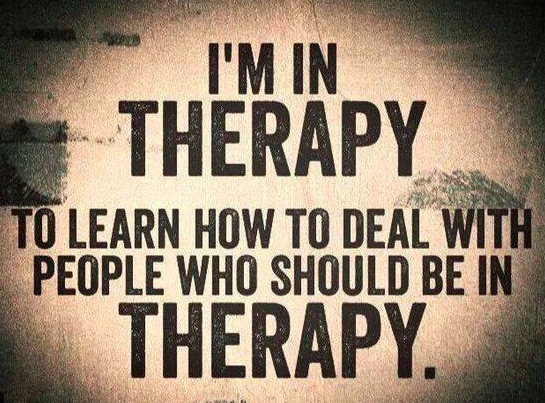 PURPOSE OF LIFE IS "THERAPY"???
Yesterday, I attended an all-day seminar at the Seattle Buddhist Church. Although I don't consider myself Buddhist, I look to various religions to answer many of the issues brought to my attention in my counseling life.

Some of the basic Buddhist principles are powerful thoughts and practices for all of us. Rev. Irene Goto ended the day with a reminder that the goal of life in their religion is “Enlightenment”. The main poisons on the path to Enlightenment or awakening are: "GREED, ANGER & STUPIDITY”. These are the states that most clearly lead to suffering.

Internet research and writers like Rev. Seigen Yamaoka suggest the first step is to develop self-awareness of these poisons and suffering in our own lives, but not get caught up in self punishment.

Starting from a place of acceptance, there is an Eightfold Path of the Four Noble Truths. Does it take a whole life-time to understand??? Maybe.

I was raised Christian and enjoy the parallels my Japanese heritage values bring. Therapy is life!!! LIFE IS THERAPY! 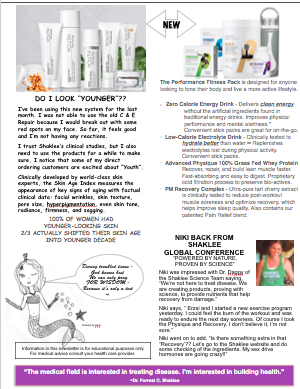 Would appreciate feedback!!
Trust the articles speak for themselves as this information gets posted. PAGE ONE
Sam has not missed putting out a newsletter for our Shaklee business every other month since we started the business in 1976. Dee does the posting and appreciates the Shaklee tools for sustaining our life-force. 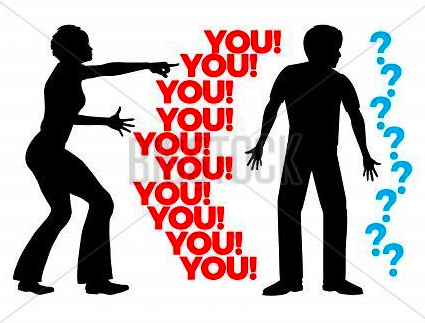 Practice responding with "I" language
Also a good rule,
NO TALKING DURING PROBLEM TIMES
Years ago we had Sheryn Hara come to our home and teach us about the effectiveness of “I” language. During problem times the most effective way to defuse the temperature of a heated discussion is to answer by describing how the accusations make us feel.

In our household it isn't always dialogue. It's also tone and body language. Times when one doesn't feel good with low energy or over-sensitivity are times to be careful.

When I can’t think of the right words, which is often, the best is to follow the rule: NO TALKING DURING PROBLEM TIMES.

When I talk with parents, I suggest making a date with their kid and have the discussion about adjustments to their behavior in a public place. The suggestion also holds for the parents and adults. 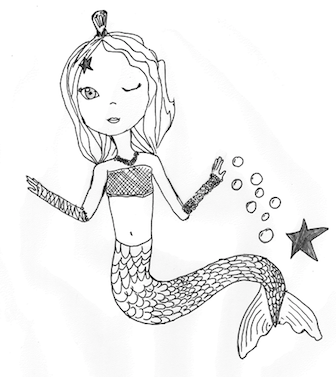 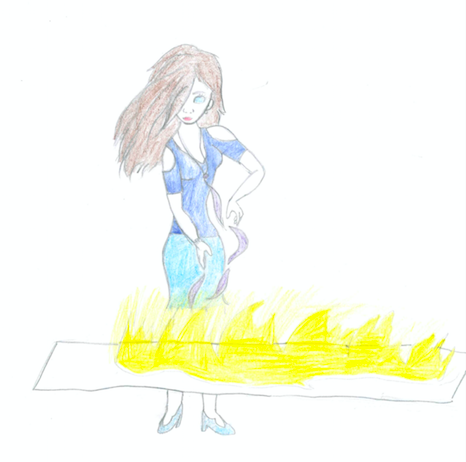 Melchaela is the friendly and beautiful goddess of health, sickness and medical things. Her mother is Lethlya, goddess of history and knowledge, and her father is Marlo, god of forest animals. She and her sister, Solora (goddess of beauty, youth and the sun), are the most beautiful goddesses in Oria, the Castle of the Gods.

Lethlya and her brother Saesar, the god of weather, never liked each other. In fact, they hated each other. So when Lethlya was pregnant, Saesar put a poison in her food, hoping to kill the baby before they put the immortal spell on her. All it did was make the baby stronger in her immune system and immune to poison. When the baby was born, Saesar was planning something with his half brother, Aldor, the god of mischief. He was hoping that Aldor would trick the baby when she was old enough into gathering animals in a bag and "accidentally" letting them out so they would blame it on her. But the plan backfired, and instead Aldor wanted to do it with the baby who would be Melchaela.

So when Melchaela was two, she and Aldor took a run in the forest gathering all the wild animals they could find. Then they let them all out in Oria, creating a wild riot. Then one of the animals got kicked and scarred and Melchaela healed it. The animal was the fox, and that is why it is her sacred animal. 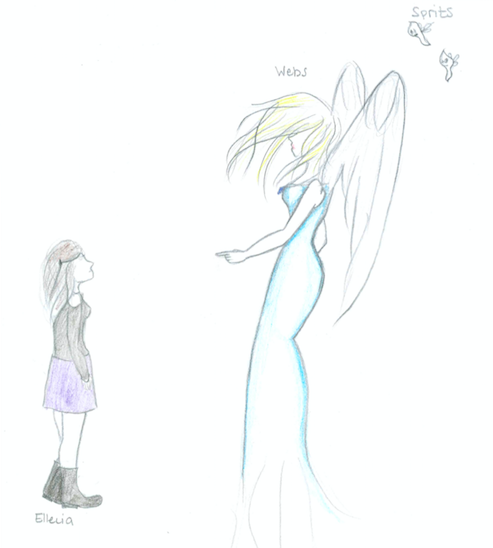 Webs talking to Ellecia with Sprits behind in the background.
More stories by 10 and 8 year old sisters, and friends who made these stories up.
Drawn and typed by 10-yr-old granddaughter.
After the fall of Darkness, Noria decided she wanted to create more children. Not evil children, but good ones that would help her. So she created a magic orb. Noria put some of Darkness's essence in the orb, not knowing that it was some of the evil that Darkness had, to bring it to life. As soon as she blew on the orb, thousands of tiny spirits, who she named the Sprits, flew out of it. At last she had good daughters. She thought they were good until they started going into living organisms and transforming them into monsters.

Some were the Coreodites, who used to be beetles but became poisonous ones, so poisonous they could kill a human in one bite. Then there was Pulibs, a giant venomous boar who had blood on his tusks. Then the jaken, a giant squid made for destroying ships, and Jorschin, a beast with the body of a horse, but with wings and a serpent tail who could spit a venom that becomes a spear. Last but definitely not least, the four Horeodites. The Horeodites are maidens who can turn into a monster and kill by one mere scrape of their claws. But there was never an end to the Sprits unless you can do the impossible, and that is to destroy their orb, which keeps them alive. Only one was strong enough to do it. Her name was Ellecia.

Ellecia was 18 years old and her father was none other but the all-mighty king of the gods, Bahlmor. Her mother was Inphelia, which meant Ellecia was the great granddaughter of Webs. She was determined to destroy the Sprits and so she went to Cloud Oria, the castle of the gods. She said hello to her mother and father and all the other gods and goddesses, then marched into Webs' room. She asked her about the Sprits and Webs told her she had to collect the last six pieces of Aeros and handed her a special map. Webs explained that the map showed one piece at a time and once you found the first one, the next one shows, and so on. Ellecia took the map with her and set off to find them. Irodite told her she needed a type of transportation, and handed her a magical horse.

The first piece to Aeros was an easy grab-and-take, but the other ones were protected by force fields that you can only get through if you have the last piece that you took. Once Ellecia found all of them, she put them all together which gave her a blue and gold special armor to protect her body from being overtaken by the Sprits. At last, she was ready.

She came into the hut of the Sprits and one sprit howled an alarm to warn the army and guards. First she went through the guards, then the Sprit Protectors, and finally, she came to the Orb Protectors. The only five males, who were the strongest of the Sprits. Then Webs whispered in her head, "Grab a male sprit and stick it into the orb, and the orb will crack. That will destroy all the Sprits, for they are connected to it." At that very moment, Ellecia grabbed a male sprit and shoved it into the orb. All the Sprits gasped, and then all at once, they disappeared.