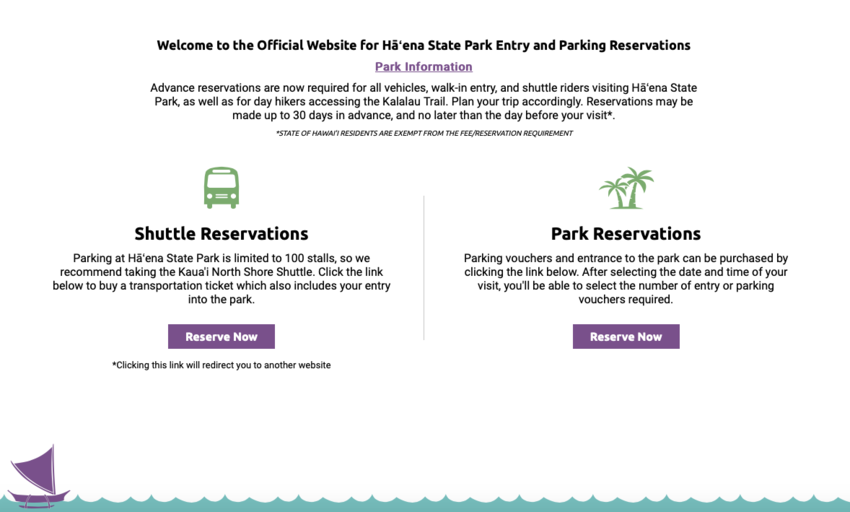 Haena State Park as it should be

Two months after the opening of Haena State Park, this project is a success.

It’s time to applaud the people behind this new program that, by recent indications, is working as planned and as hoped. It includes a permit system for visitors, a shuttle bus that is reducing traffic, increased fines for illegal parking, and its allows locals with identification to enter the area in their vehicle close to where Kuhio Highway ends on the North Shore and park in the new and improved parking lot. The boardwalk from the parking lot to Ke‘e Beach offers a nice sense of peace and relaxation — just the opposite of how it had been when walking on the road while avoiding traffic and people.

This is how it should have been. It’s been a long road to get here, starting with the rebuilding of Kuhio Highway.

The area was devastated during a historic April 2018 flood, which damaged hundreds of homes and the highway.

For more than a year, residents endured road closures, scheduled convoys, and the daily disruption of their lives. Prior to the flood, their lives were often disrupted by the thousands of people who visited the area each day to hike or enjoy Ke‘e Beach at the end of the road.

The key to the plan is to control the number of daily visitors to Haena State Park by reducing it from the estimated 3,000 before to 900.

So far, it is working well. And, perhaps best, the area is being honored and protected, as it deserves.

Not everyone likes this new system, mind you. Some still aren’t aware of the permit program when they arrive at the entry station to Ke‘e Beach and are turned away for lack of visitor permits.

And some believe it could hurt tourism, because if thousands of people can no longer enter Haena State Park whenever they want, they won’t come back.

But this is a change that needed to be made. The area was saturated to the point of ruining it for guests and residents, and impacting the marine life. It’s common practice to pay an entry fee into state and national parks, so this is long overdue here.

Ke‘e Beach and the Kalalau Trail are two of this island’s most beautiful and precious places. Officials could no longer allow whoever wanted to go there whenever they wanted in as great of numbers as those sites could stand.

And while we can’t mention everyone who deserves credit, we must thank the Friends of the Kalalau Trail for their longtime commitment to maintaining and restoring sections of the first two miles of the trail.

At a blessing ceremony at Haena State Park earlier this year, state Board of Land and Natural Resources Chair Suzanne Case said: “Our challenge is creating bridges between the old world and new world, between cultural and natural resources, between kama‘aina and visitors. It’s a lot of contradictions to hold, but today is reconciliation between an event that was so devastating and scary — and a new day. That’s why we’re here.”

Ed Sniffen, state DOT Highways Division director, added: “Since the April flooding I’d forgotten about the overwhelming beauty of this place. In every trip here, all I saw was damage and debris. Today was the first day I could look out the window and see the beauty of this community… a community that reminds me of what real strength is.”